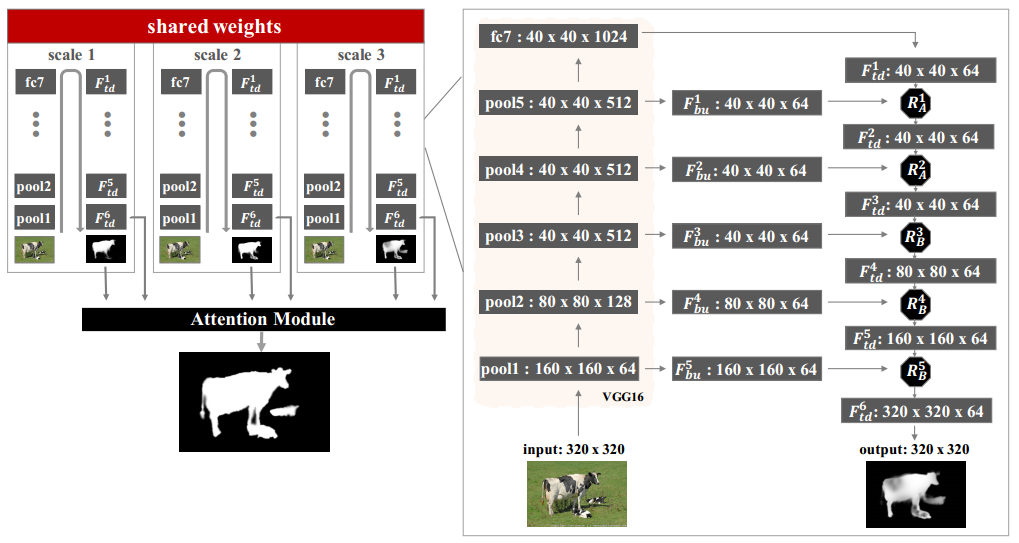 The architecture of our multiscale refinement network

As salient instance segmentation is a completely new problem, no suitable datasets exist. In order to promote the study of this problem, we have built a new dataset with pixelwise salient instance labels. We initially collected 1388 images. To reduce the ambiguity in salient region detection results, these images were mostly selected from existing datasets for salient region detection, including ECSSD[1] , DUT-OMRON[2], HKU-IS[3], and MSO[4] datasets .

Comparison of quantitative results including maximum F-measure (larger is better) and MAE (smaller is better). The best three results on each dataset are shown in red, blue, and green , respectively. Note that the training set of DHSNet includes the testing set of MSRA-B and Dut-OMRON, and the entire MSRA-B dataset is used as part of the training set of RFCN. Corresponding test results are excluded here. 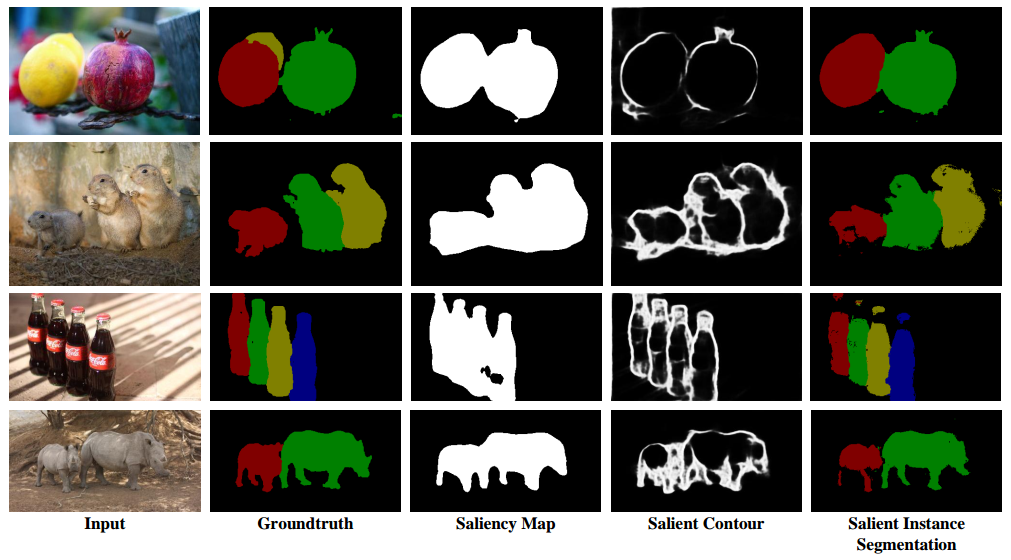 Examples of salient instance segmentation results by our MSRNet based framework.